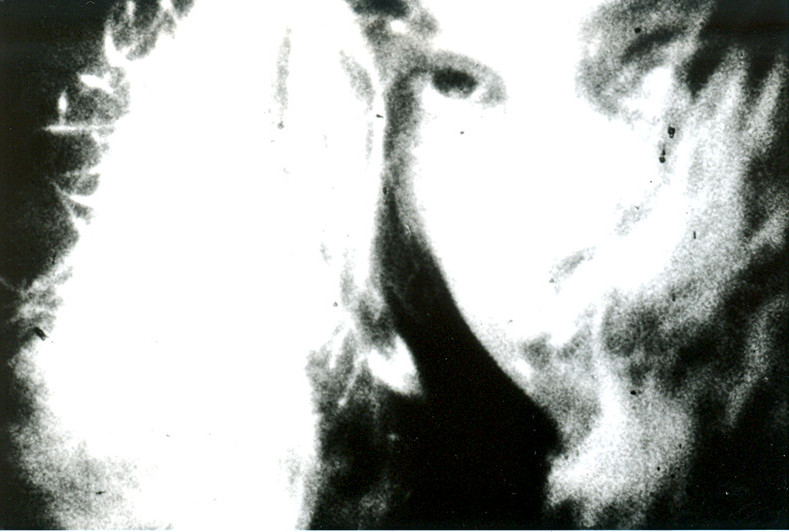 There is a close-up. The zoom is aimed at the body. At an intimate distance, the image quivers and pulses like a feverish lover's stare. A woman's voice resonates in the background, oscillating between laughter and moans. Indiscernible words sound like whispers through a megaphone and images give the impression of spaces stolen by an armed eye. Only the voyeur hidden behind the camera consciously takes part in this close-up. 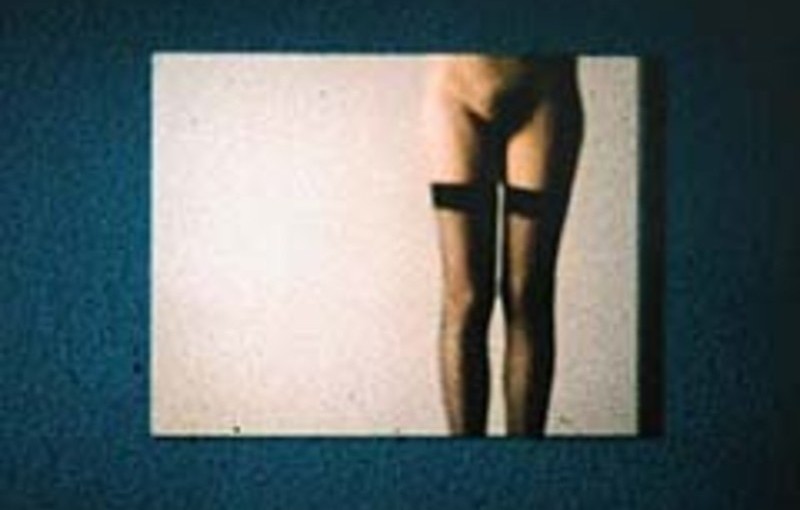 A supplement to Christiana Metz’s psychoanalytical film theory. As noted by Alicja Helman in the article, Psychoanalytical film theory: Desire, as claimed by Metz, does not have a specific object. Through physical objects, it heads toward the lost object, lost forever and desired as lost. In shortening the distance toward the naked female body, Tscherkassky reduces the defined object of desire to the role of the titular tabula rasa, alternately activating our senses of distance (vision, hearing) and senses of contact (touch, taste, smell).

Cinema is the future of a certain illusion. The illusion is the trace that stays on the retina after the perceived object disappears. As a result, we see the illusion of motion on 24 static frames screened in succession. Tscherkassky conducts a Frankensteinish experiment of giving life to photographs taken with a small-format camera (two times film frame), giving the impression of continuity of existence among successive frames. 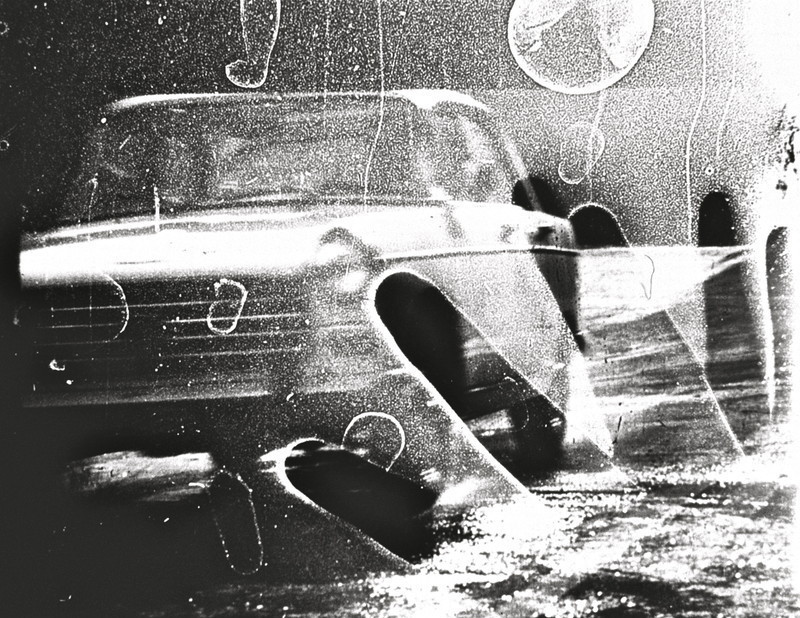 According to Jean-Luc Godard, a film is a gun and a girl. A good old revolver, whose weight you can feel in your hand, represents the substance of the cinematic apparatus – massive projectors and flammable film, while the exposed body satisfies our voyeuristic longings. Tscherkassky reduces this equation to a single variable, finding the equivalent of film in cars. The automobile, just like film, is a fetishized technical invention the exploits motion.

On December 28, 1895, an anxious audience gathered at the Parisian Grand Café to watch a train pull in to the La Ciotat station. However, a far more momentous event occurs at the same time: a new means of transport appears on the screen next to the train. Tscherkassky subversively reconstructs the event, allowing us to watch as the film (showing the arrival of the train) arrives on the screen. Because it is not the same film or the same train, the arrival may become a collision.

George Berkeley said, If matter is a substance existing outside perception, then matter does not exist. The guarantee of existence is constant presence within someone’s perception. We, writes Berkeley, are watched by God, while we perceive film characters. But there exists the omniscient poltergeist of the cinematic apparatus between our constant gaze and a character, capable of changing our fear of what-is-in-the-film to a fear of the film itself.

Jacques Lacan would say unconsciousness is structured like language. In his tale of peers, i.e. psychoanalysis and cinema, Peter Tscherkassky would add that it is structured like the language of film. Dream work is based on two mechanisms – movement and saturation, while Tscherkassky’s work is based on moving and saturating images. Extracted from narrative flows, they end up on photosensitive film, budding and expanding outside the symbolic order.

Peter Tscherkassky was born October 3, 1958 in Vienna, Austria. He attended the Primary School in Mistelbach from 1965–1969 and Jesuit boarding school from 1969–1975 in Vienna. He attended BORG (high school) Mistelbach and graduated in June 1977. From 1977–1979 Tscherkassky studied journalism and political science as well as philosophy at the University of Vienna. His first encounter with avant-garde film was in January 1978 when he attended a five-day lecture series by P. Adams Sitney at the Austrian Film Museum.

Tscherkassky began filming in 1979 when he acquired Super-8 equipment and before the end of the year he had scripted and started of the shooting of Kreuzritter. Throughout his career he conceived numerous film festivals including The Light of Periphery – Austrian Avant-Garde Film 1957–1988 (1988), Im Off der Geschichte (1990), Found Footage – Filme aus gefundenem Material (1991), and Unknown Territories – The American Independent Film (1992). He was also the founding member of the newly Austria Filmmakers Cooperative which began in 1982 and resigned from his position there in 1993. His most recent work Instructions for a Light and Sound Machine had its world premiere at the Cannes Film Festival in the series Quinzaine des réalisateurs.

2005 Instructions for a Light and Sound Machine (short)