The Adventures of Prince Achmed and Geoff Smith

Geoff Smith is a British composer, multi-instrumentalist, vocalist, creator of innovative playing techniques and founder of the group Attacco Decente, with which he recorded albums and played concerts from 1986 to 1996. He is a tinkerer and constructor, a pioneer of new space for music, who reminds the world about old instruments, finding previously unknown potential in them. This versatile artist, who combines traditional methods with a modern way of thinking about music, will perform as an accompanist at the IFF Era New Horizons in Wrocław for the fourth time.

In 2006, the festival audience was enthusiastic about the score he had composed for two hallmark films of German expressionism: the dreamlike Cabinet of Dr. Caligari (Das Cabinet des Dr. Caligari, (1920) by Robert Wiene, and Faust: A German Folk Legend (Faust) (1921) by Friedrich Wilhelm Murnau, in which the director mixed elements of German mythology with medieval folk tales. Geoff Smith played the hammer dulcimer he had constructed himself and his music stressed the disquieting nature of these films. In 2008, at the Wrocław Opera, Smith performed during the screening of the Swedish and Danish Witchcraft Through the Ages (Häxan, 1922) by Benjamin Christensen, one of the most controversial films in the history of silent cinema, imitating a documentary encyclopaedia of occultism and Satanism. For many years it was forbidden by censors.

His new composition, played on the fluid dulcimer constructed by himself, will accompany the film The Adventures of Prince Achmed (Die Abenteuer des Prinzen Achmed, Germany, 1926) by Lotte Reiniger (1899-1981). The director worked in her hometown of Berlin. Her first film, The Ornament of a Loving Heart (Das Ornament des verliebten Herzens) was made in 1919. In the early 1920s, she worked together with her husband Carl Koch, and then with Jean Renoir in France. In 1934, like many other German artists, she emigrated to Great Britain to join John Grierson's avant-garde group G.P.O. Film Unit (which prepared the first animated commercials for the British Post Office).

She made 40 animated films with the technique she herself invented and upgraded. Inspired by the Chinese and Indonesian shadow play with silhouettes of people, animals and plants cut out of fragments of animals' skin and lighted with a lamp, Reiniger achieved a similar effect on film. Working on The Adventures..., she made post-frame pictures of different stages of the movement of static figures carefully cut of cardboard and placed against colourful backgrounds. The film consists of 300 thousand single frames, made over 3 years. This invention by Reiniger was the beginning of a new genre of animation - the so-called cut-out or silhouette animation.

The film combines stories of One Thousand and One Nights. This is a story about Prince Achmed, who mounts an enchanted horse to fight against the evil sorcerer for his love, Princess Peri Banu, whom the sorcerer has imprisoned. Intensive colours of the background, precision of the cut-out silhouettes make one think of an Eastern arabesque, creating the inimitable magical atmosphere of the film. Along with the works by such artists as Walther Ruttmann, Berthold Bartosch, and Alexander Kardan, The Adventures are recognised as one of the unique pieces of the golden age of the German cinema.

The Adventures of Prince Achmed is undoubtedly the oldest full-length animation in the history of cinema which has been preserved and restored (in 1999 by the Frankfurt Deutsches Filmmuseum). No older animations survived to our times, if there were any. Researchers have revised their previous opinions; the majority of dissertations on the history of cinema, including those concerning animation, confirmed The Adventures... as the oldest preserved animation.

"But now we know," Marcin Giżycki wrote in his book "Nie tylko Disney. Rzecz o filmie animowanym" ("Not only Disney. About animated cinema", Warszawa 2000), "that chronologically the first one was the Italian-born Argentinean artist Quirino Cristiani (1896-1984), who made his El Apostól of more than one hour as early as in 1917. El Apostól was a satire presenting President Hipólito Yrigoyen's dream about obtaining thunder from the Olympian Gods to destroy the corrupt Buenos Aires. This was not the only achievement of Cristiani as an animator, as he was active in this domain for more than two decades. In 1931, he completed another full-length political animation Peludópolis, dedicated to Yrigoyen, too". 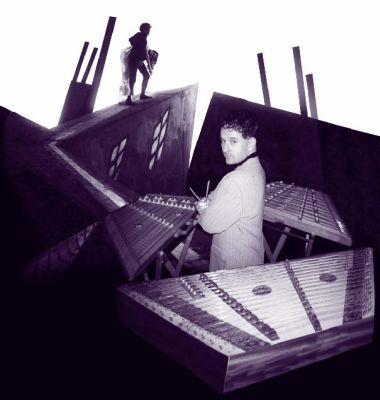