A film with actors and animated elements. An elderly, ill father and a son who takes care of him. Everyday nursing, difficulties with eating, fragments of conversations. And parallel sequences of them travelling through a forest together. A poignant story about what is the most important - searching for mutual contact, breaking barriers, trust, feelings, the need for closeness. 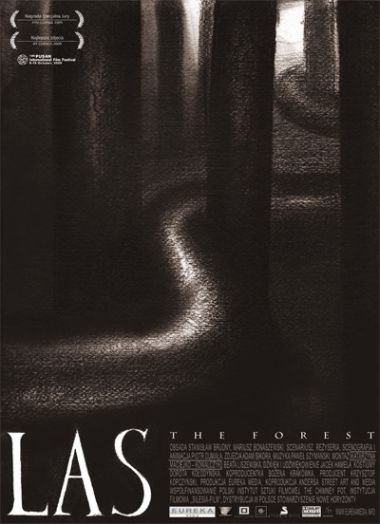 Screenwriter, visual designer, animator and director of animated and combined films, screenwriter and stage designer of feature films, teacher, illustrator, author of comic books and posters, writer, critic, actor. Born in 1956 in Warsaw. Graduated from the Art Renovation Faculty (diploma of the stone sulpture renovation lab) of the Warsaw Academy of Fine Arts (1982), where he also studied at the Animated Film Lab of professor Daniel Szczechura and then became the professor's asstistant. He uses traditional drawing techniques and modified scratchboard technique. Visual originality, excellent harmony with the soundtrack, precision of all details and especially his skill to adapt complex matters to animation - these are the landmarks of his cinema.