Once Upon a Time in Anatolia dir. N.B. Ceylan

"Once Upon a Time in Anatolia"

At first glance Once Upon a Time in Anatolia gives an impression of a crime story. It’s a record of the search for the corpse of a murdered man, whose executioner was too drunk to remember where he had buried the body. However, the crime scenes quickly descend into the background. In a story about the tedious journey of police officers, a prosecutor, a doctor and the suspect, the relationships of characters, their seemingly meaningless remarks and broken off conversation take the forefront.

As a son of an official from a small town I know the provincial reality very well, says the director. I saw petty fights for power and mutual undermining every day. But I also swathe pain and failure which these people had inside them.

The author paints a vivid picture of Turkish society. There are themes already known from the works of directors from this country: being torn between the values of the East and West or the clash of tradition with modernity. But on the basis of a true story, Ceylan has created a universal tale about morality. The soulless procedures and official codes cross over with reality and the characters are tossed among the conflicting expectations of the environment. A crime story becomes powerful social cinema. 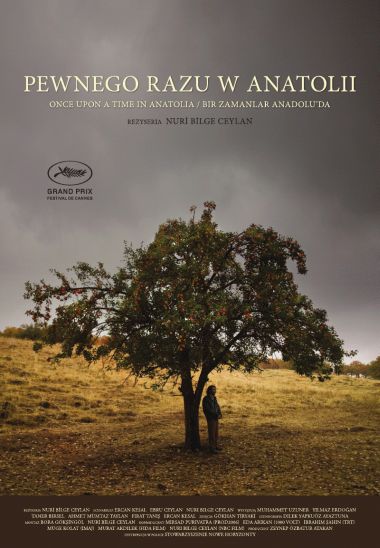 Born in 1959 in Istanbul, where he studied electronics at Boğaziçi University. He started his career as a photographer – years later, he returned to this passion, specialising in photography and cinema. His short debut was included in the competition in Cannes, and his further two works were screened at the Berlinale. The Town, Clouds of May and Distant (awarded the Grand Prix and Best Actor prize at Cannes Film Festival) make up a trilogy of countryside and escape from it, starring the same actors (including the director’s parents and cousins). In Climates, Ceylan cast himself and his wife in a story about a couple in crisis. Finally, Three Monkeys brought him the directing award in Cannes. This is a family drama about treason with extraordinarily sensual and creative cinematography.