2/08/14
White Shadow
Tweet
The Program of the 8th American Film Festival Has Been Announced!

"The FIPRESCI Jury decided to give the award to a promising debut film which depicts the social tensions in Argentina by using impressive sound design and narrative sklil." 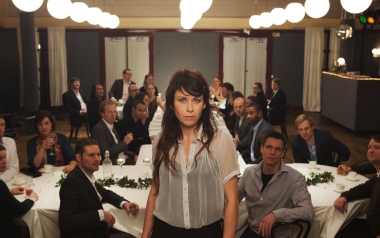 "For making effective use of art as a tool to unravel mechanisms of social oppression, the First Prize of the Films on Art International Competition goes to Anna Odell, author of The Reunion."

More about The Reunion

"For creating a romantic vision of the relationships between sound and visual matter as well as an ambitious presentation of an artist’s philosophy, the special mention goes to Zuzanna Solakiewicz, author of 15 Corners of the World."

More about 15 Corners of the World 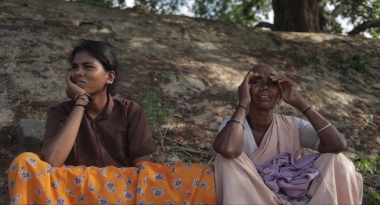 "We are unanimously impressed by this artist's perfect control of time and space. With his straightforward intervention, Markus Scherer reverses the path "From Here to Eternity" to "From Eternity to Here"."

"In a radical act of avoidance of all common means of contemporary media coverage, Laura Mulvey and Mark Lewis allow Faysal Abdullah to tell the story of his brother. Using film as an archive of oral history, they generate attention and empathy for an example of what Kafka once named "private world history"."

"Laure Prouvost (re)constructs an artist's biography, deliberately blurring the lines between fact and fiction. Her memento is as imaginative and playful as it is absurd and of a tender irony."

In the Polish Short Film Competition, sponsored by the festival's main partner, T-Mobile Polska, the first prize went to Where I Can't Be Found (India, Poland, 2014) by Arjun Talwar. The second prize went to Blue Room by Tomasz Siwiński, while Arjun Talwar and Oliver Krüger received the third prize for Habitat. The winners were selected by an international jury: Claudette Godfrey, Olaf Möller, and Johan Oettinger.

Where I Can't Be Found: "A finely cut gem that describes a community (its sense of belonging to a particular place on earth; its neighbourliness found in sharing and caring) with a most commendable mix of wit and metaphysics through perfectly chosen and carefully arranged details from its daily life. A perfect example for a narrative cinema where the borders between fiction and documentary vanish, for a realist film that knows how to look at human existence with a sense of wonder and promise."

"A walk through an interior landscape that can be seen as a pure flight of fantasy as well as a psychological study of a mind/soul in turmoil. An admirably crafted animation that makes it complex, multilevelled narrative move by means only this particular cinematic idiom knows. Which is to say: A prime example of harmony between form/technique and content."

Blue Room: "An ordinary occurrence in the existence of a nomadic community presented as something that has been happening for centuries, maybe millennia yet remains for each generation an ever new challenge which it faces with means and knowledge ancient as well as new. An outstanding example of a purely cinematographic narrative, a film that relates its ideas and concerns solely through the use of space, rhythm and texture."

Habitat: In the new competition - Magnify - aimed at film community and visual artists from Wrocław and Lower Silesia the first prize and 10 000 PLN went to the Boy With a Frog (2014) by Bartek and Piotr Bartos. The prize for the best viedo clip went to the Talking Tree by Hubert Pokrandt. The special prize provided by Wrocław, European Capital of Culture 2016 whereas the possibility of cooperation with Audiovisual Technology Center that went to Marcin Strauchold for his Enrichment (2014). Honorable mention in the competition went to Katarzyna Parejko for Wind / Breath (2013). The winners were selected by jury consisting of Kamila Wielebska, Bartosz Warwas and Jan Pelczar.

viedo clip Talking Tree: "For creating a film which not only illustrates, but harmonises with music in a sensitive way, using the cartoon technique, rarely applied in music videos."

Wind / Breath: "For skilfully building an extraordinary mood thanks to the harmonious combination of picture and sound in a short, impressionistic film form."

"For using the camera to penetrate into the very centre of a shocking world which we do not know, even though it is right next to us, and for the documentary description of that world using formal means typical of fiction films, the prize goes to Bartek Bartos and Piotr Bartos, the authors of the film Boy With a Frog."

"The jury of the Magnify competition grants the special prize: a one-year scholarship and the possibility of using the CETA studio, recognising the formal experiments, appreciating the method of looking at one of the most characteristic places in Wrocław, the gesture of turning the camera around and of using the positive narration by the director of the Wrocław Zoo, to Marcin Strauchold, author of the film Enrichment."